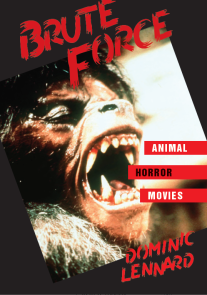 “The brilliance of Dominic Lennard’s Brute Force is not only that it is long overdue, but one didn’t realize it was due in the first place! Yet upon reflection and, of course, through Lennard’s engaging book, one realizes not only the ubiquity of animals in horror, but their utter centrality to so many classic horror films. In reading this, we can hear the distant rumble of footsteps of a genetically reborn Tyrannosaurus or the hurried pounding of our beloved Rover who has decided that he wants more than kibbles and bits for dinner—and we look mighty appetizing. ‘Groundbreaking’ is often overused, but in this case it truly fits.” — Emeritus Professor David Desser, University of Illinois at Urbana-Champaign

“Lennard’s is the best kind of criticism—the kind that both satisfies our craving for causal explanation and increases our appreciation of the works under discussion. . . . Lennard’s compositional flair, in combination with his keen interpretive vision and his command of the relevant science, makes this book a real gem—eminently readable, full of insight, and suffused with good sense. . . . [This] book deserves a large audience.” — Evolutionary Studies in Imaginative Culture

“[Lennard] may discuss the sexual politics of 1976’s King Kong and the gender depiction of bears, but don’t mistake Brute Force as a force of boredom or wokeness; it’s a lively and spirited discussion of a particular and peculiar kind of flick. In other words, the contents contain a serious—and seriously engaging—mix of film criticism analysis that just so happens to include Sharknado.” — Flick Attack

The Other Hollywood Renaissance

“The Other Hollywood Renaissance is an extraordinary volume which testifies to the incredible richness of 1970s cinema. . . . Like the best critics, these authors compel us to watch the films anew with a fresh appreciation of their directors’ work.” — Prof. Matthew Bernstein (Department Chair and Goodrich C. White Professor of Film and Media, Emory University).

“This is impeccably well researched and presented. It holds its own at the top of film studies scholarship. Sprightly in its survey across key areas of cultural anxiety and able to draw on a range of lucid examples, Lennard produces sophisticated and complex extended analyses where necessary. A pleasure to read.” — Prof. Linda Ruth Williams, University of Southampton, United Kingdom

“A bracing book . . . Lennard more than does [the subject] justice . . . Deftly organized, elegantly written, and graced throughout with numerous stills and frame blowups, Bad Seeds and Holy Terrors has something to offer both the lay reader and the scholar.” — Prof. Gwendolyn Audrey Foster, CHOICE 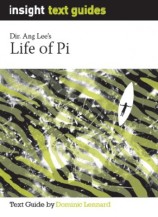 Due Diligence: Exploring ASD in Nightcrawler (2014) and The Accountant (2016)

Autism in Film and Television: On the Island. Eds. Murray Pomerance and R. Barton Palmer. University of Texas Press, 2022. 201-214.

Too Old For This Shit?: On Ageing Tough Guys

‘This ain’t about your money, bro. Your boy gave you up’: Bromance and Breakup in HBO’s The Wire

‘This is my art, and it is dangerous!’: Tim Burton’s Artist-Heroes

‘I have the stuff that you want’: Michael Jackson and the Crotch Shot

Stranger With My Face International Film Festival. Saturday April 16, 11 am, 2016.