On the weekend, my partner and I went to the Royal Hobart Regatta, which includes a few water-focused attractions, but primarily exists as a series of carnival rides, sideshow games, and food stalls. Nevertheless, Hobartians are afforded a public holiday in the Regatta’s honour, and since the sun was shining we decided to walk my dog Ahab down there (where I popped a handful of balloons with a dart and won a fluffy toy, which Ahab—with an immediate thrill—recognised as a gift). I didn’t expect to encounter any vegan food there, and we only intended to visit quickly, so I decided I’d just have lunch when I got back home. 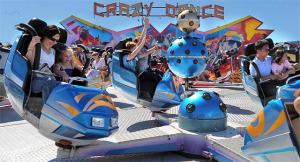 However, once we arrived I was delighted to spot a van advertising both vegetarian and vegan tacos. To find such an offering felt like a small coup; I made sure I grabbed one of those vegan tacos on the way out—and very fresh, delicious, and challengingly spicy it was too. Nor was I the only purchaser: the operators had three more vegan tacos poised to go. At a carnival, surrounded by corndog and fairy floss vendors, vegan food was being served—and selling. Ten years ago, I seriously doubt whether the young person serving would have known what a vegan was. Moments like these are satisfying because they bring to attention that for an increasing number of people eating is an act invested with moral significance. More and more people are bothering to consider where their food comes from, how much it suffered when it was an animal, and whether the mere taste of something is worth an animal’s suffering or being killed at all.

Yet to watch the Seven Network’s My Kitchen Rules is to be transported to an earlier time—one almost Medieval in its emphasis on varieties of animal flesh, and on animals as not more than mere ingredients. Let’s bear in mind that a 2009 survey indicated that 7% of the Australian population identified as vegetarian (5%) or vegan (2%). In addition to vegan food now being served by carnival vendors, there are several reasons to suspect that this figure has increased since 2009 (e.g. the growth and large-scale campaigns of Australian anti-cruelty alliance Animals Australia; the emergence of a majority consumer-preference for cage-free eggs and other products with a higher welfare value). Yet any vegetarian or vegan viewer of My Kitchen Rules is struck hard by how thoroughly the show excludes all ethical comment on meat and dairy consumption. Veal is a perennial favourite on MKR, as it is on rival Network Ten’s hit cooking show Masterchef. Both Masterchef and MKR do not address, critique, respectfully (or even disrespectfully) disagree with cruelty-free diets; they enforce the dominant ideology of meat-eating by pretending that they do not exist at all.

The purpose that products of animal death are put to on My Kitchen Rules and Masterchef is transparently frivolous—is purely recreational: this is sport-cooking. Consequently, it is in the show’s interest to exclude totally any questions of whether it is ethical to eat meat as a general matter, and to broadly disacknowledge that such questioners exist within the general public. 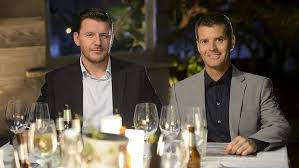 In Animal Liberation, Peter Singer described the process of indoctrination through which budding scientists were inured to the ethical problems raised by animal testing. Students’ success and certification depended on their learning to regard animals as replaceable laboratory equipment (equipment that was in many cases purchased from the same catalogues and suppliers as non-sentient items like clamps and scalpels). For the scientists described by Singer, ethical questions were not fundamental to animal use but an irrelevant and irrational (and thus ‘unscientific’) interference in scientific progress. The use of animals clearly differs in the case of My Kitchen Rules: living animals are not tortured by MKR contestants the way they are tortured by the scientists Singer mentions. However, MKR, like Masterchef, subjects contestants and viewers alike to a culinary culture in which ethical questions are similarly irrelevant. The animals concerned are ‘ingredients’ and do not warrant ethical contemplation. Historically, many scientists and students who have opposed animals’ treatment as ‘equipment’ have found their professional and educational opportunities blocked. Willingness to disregard animal suffering is constructed as an inherent and non-negotiable sign of one’s ability and identity as a ‘serious’ scientist. Similarly, the deliberate disregard for cruelty-free diets in MKR and Masterchef perpetuates a culinary ideology in which ethical objections prevent one from being a ‘serious’ chef. Consequently, the show perpetuates the myth that vegetarianism or veganism is ‘anti-culinary’ in its exclusion of particular, ‘important’ ingredients, and that vegetarian/vegan cooking has marginal culinary, artistic, or labour value.

MKR presents a domain in which meat operates as a signifier of many things. It may signify class belonging, due to a particular meat’s expensiveness or cooking difficulty; labour or artistry, through a delicate balancing of flavours and textures; familial bonds or affections, through recipes bestowed and inherited; it may signify national or ethnic belonging, or operate as a signifier of friendship between contestants. Yet it never signifies what it most nakedly is: the flesh of a once-living creature, and an artifact of slaughter. In this totalising and certainly deliberate disacknowledgement of meat’s origin, MKR constructs a kind of consumer fairyland, located in an ethical vacuum—a simulated reality in which eating animals raises no more ethical question than shooting someone in a videogame. Contestants (and viewers) are invited to ‘play’ with it to the fullest extent—to revel in its variety, smells, tastes, textures, to take an almost hysterically bourgeois interest in its presentation. Here is food as an artistic medium seemingly without material origin. 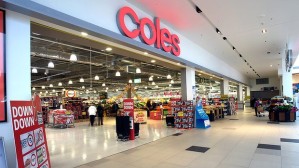 But, crucially, it does have an origin: it comes from sponsor and supermarket monopolist Coles, who flood the show’s breaks with advertisements for the products utilised by contestants. And here of course lies the reason for the veritable matrix of normative consumer-behavior the show constructs. In the world of MKR, the animals killed for meat-products are non-existent; they are ‘absent referents,’ as Carol Adams famously described the animals we eat. Absent also is the farming, transport, stocking, and scientific labour involved in food production. Instead, food is the fresh and seemingly ‘magical’ production of the supermarket giant. Clearly, contrasting ethical positions are deliberately disregarded because of the sponsor’s desire to profit from the sale of animal products. Yet the show’s ‘reality’ format makes especially insidious its manufacturing of a cultural and consumer landscape bereft of all ethical questioning and protest.